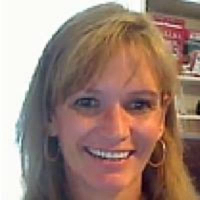 So, Seth Godin (creator of Squidoo) goes to give a speech to 350 or so Google people. Since it is a panel-type platform for this arena, Seth chooses to spend his 8 minutes talking about “building an environment that attracted partners and media companies”. Basically, does your idea have the potential to grow a business on? All went fine and well.

Seth returns home and finds that his Squidoo is really doing well. Seth posts an amazing post on the SquidBlog about the impressive stats Squidoo is enjoying.

Not only has the content grown, but our traffic has grown as well. We’re three to five times bigger than anyone else we compete with. Nobody else is even close in traffic, pages, users, etc. Google Analytics reports more than 6 million unique visitors a month and approximately twice that in visits.

That impressive excerpt, and the rest of the post, were posted on December 13, 2007.

Squidoo receives Six MILLION uniques a month. Now THAT is impressive, isn’t it? In the 20 months or so that Squidoo has been “live and growing”, I would say that is awesome. Seth Godin most definitely had an idea with the potential to grow a business on. An idea that built “an environment that attracted partners and media companies”. No doubt.

What are Google Knols?

At the heart, a knol is just a web page; we use the word “knol” as the name of the project and as an instance of an article interchangeably. It is well-organized, nicely presented, and has a distinct look and feel, but it is still just a web page. Google will provide easy-to-use tools for writing, editing, and so on, and it will provide free hosting of the content. Writers only need to write; we’ll do the rest.

Does that idea sound familiar to anyone else? An easy-to-use free web page about any topic you want. Hmmmmm….

Wait, maybe this will help figure out what Google Knols remind you of…

Knols will include strong community tools. People will be able to submit comments, questions, edits, additional content, and so on. Anyone will be able to rate a knol or write a review of it. Knols will also include references and links to additional information. At the discretion of the author, a knol may include ads. If an author chooses to include ads, Google will provide the author with substantial revenue share from the proceeds of those ads.

My goodness, it’s a Google Squidoo! A GoogleDoo… a Squidoogle! Take a peek at what a Google Knol looks like.

For any of you long-time Squidoo’rs… look familiar? Google Knols are still in the lab… meaning they are still in beta and we ‘common folk’ can’t make one yet. Funny, I thought Google Pages were in the running for the Squidoo market… looks like Google is going hot-and-heavy after the user-generated content business!

How to Get a Knol Invitation

Heck if I know…haha! According to the Wikipedia entry:

The site is currently in private beta,[3] and requests to create “knols” are by invitation only.

Speaking of Wikipedia, there are some that think that Google Knols are Googles attempt to take over the Wikipedia market. Google claims:

A knol on a particular topic is meant to be the first thing someone who searches for this topic for the first time will want to read. The goal is for knols to cover all topics, from scientific concepts, to medical information, from geographical and historical, to entertainment, from product information, to how-to-fix-it instructions.

Hmmm…. isn’t a Wikipedia entry the first thing we usually see now in a search return?

Thing is, Wikipedia entries are designed to be impartial and objective… not opinionated on a topic. Google Knols, on the other hand, are apparently being designed to promote opinions on these various topics.

To me, that sounds more like Google is after the Squidoo market… not necessarily the Wikipedia market.

The Official Blog post from Google was posted by Udi Manber – he is the VP of Engineering at Google. This NY York Times article shares this from Mr Manber after mentioning other websites that currently offer this same platform (such as Squidoo….):

Despite the existence of these services, as well as countless free tools for experts and ordinary people alike to share what they know online, Mr. Manber said Google thought many people who possessed useful knowledge did not publish it “because it is not easy enough to do that.”

So we ‘common folks’ don’t publish web content “because it is not easy enough to do that”? Really? It is HARD to get content published on a Squidoo lens?

Apparently, Seth Godin thought that comment was humorous, too. Seth took the liberty of making that sample Google Knol into a Squidoo lens (since it is under the Creative Commons). Seth even monetized it for the author, too… how nice!

The Future for Google Knols

According to that same NY Times article:

Google declined to make Mr. Manber or anyone else available to discuss Knol, saying the project was an experiment that like many Google tests, might never be opened to the public.

So, we common folk may never get to play with Google Knols. That would be sad for this blog owner I came across who has already jumped on the Google Knol bandwagon.

Seth, you not only built a booming web presence with Squidoo, you have made it SO good that others want to emulate your success.

Perhaps you made Squidoo too good?